September 26 2015 marked one year since the disappearance of the 43 teaching students from the Rural Normal School at Ayotzinapa.  Thousands of people, led by the families of the disappeared, took to the streets of the Mexican capital in a mass demonstration.  Under grey skies and drizzle which grew gradually heavier, the march progressed along Paseo de la Reforma, towards the central plaza of Mexico City – el Zocalo.  In chants, songs, music and a plethora of placards, protestors demanded justice for the perpetrators (the state is widely believed to be implicated if not directly responsible)of the heinous crime.  The appearance of the students “with life” was again a central tenet of the protest.  “Vivos se los llevaron, vivos los queremos” – They were taken alive, we want them back alive – was cried in anger and solidarity and in defiance of the official government line that the students were burnt to death in a municipal dump.  While the truth is still unresolved, families hold on to a skerrick of hope that their sons and brothers are still alive.

Protestors assembled in the Plaza de la Constitución (el Zocalo) to listen to family members speak of the pain and terror they have lived over the past year since their lives were irrevocably changed.  The gathered masses shouted back “no están solos, no están solos!”.  (You are not alone!)  They also spoke of the fierce resolve to continue to search for the truth and thanked the thousands of supporters in Mexico and around the world for standing with them.  One student’s mother, from a remote mountain region of Guerrero, spoke in her native Nahuatl before reverting to Spanish to say under heavier rain that ‘the heavens are crying for our sons today” and that “we, people of the corn, will rise up and find the truth”.  Another common maxim of the Ayotzinapa solidarity movement is ” nos quieren enterrar pero se les olvida que somos semillas” (They want to bury us but they forgot that we are seeds.”

The march was pacific and there was great diversity amongst the protestors with many children and elderly found amongst the masses.  Mexican President, Enrique Peña Nieto, who recently met with parents of the disappeared students was, perhaps conveniently, not in Mexico yesterday but stated via twitter that ” One year after the tragic events in Iguala, I reiterate the commitment of the Mexican government to truth and justice.” The truth is that millions of Mexicans don’t buy it. Thousands of signs demanded that he resign from the presidency.  Tragically, the date of September 26 looks set to become another annual day of Mexican mourning and protest in a similar vein to the annual October 2 marches remembering the victims of the 1968 Tlatelolco massacre, which will take place this coming Friday.  Immediate answers or ones that come in the near future seem very unlikely and the security situation in many parts of Mexico indicate that there is still a long, hard road ahead for this nation with so much potential but so many problems.  As marchers in their thousands repeatedly chanted throughout the day yesterday, “la lucha sigue, sigue” (The struggle goes on, and on). 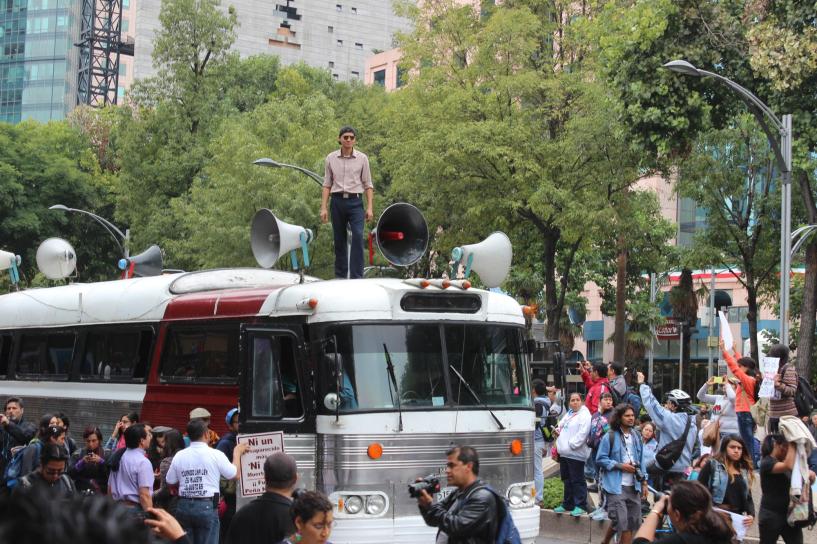 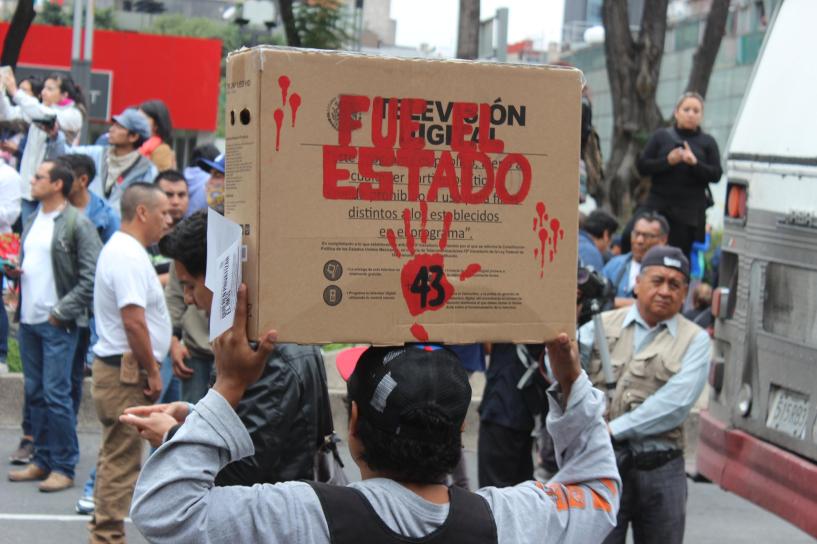 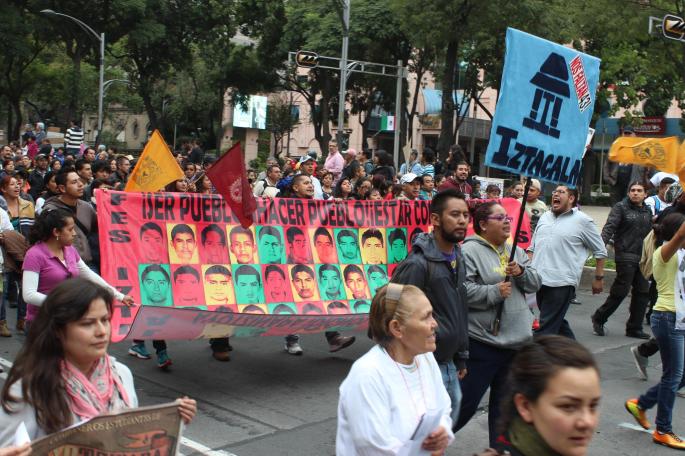 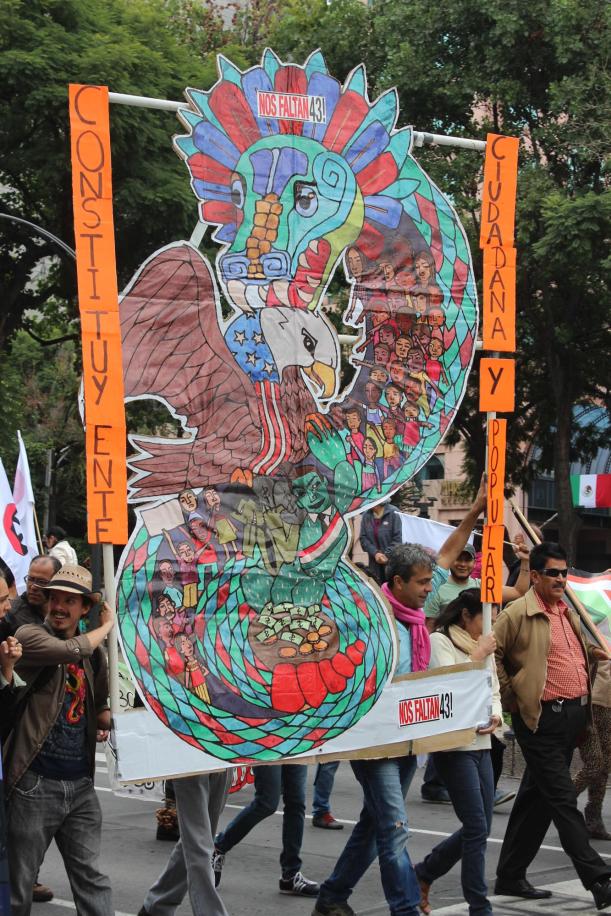 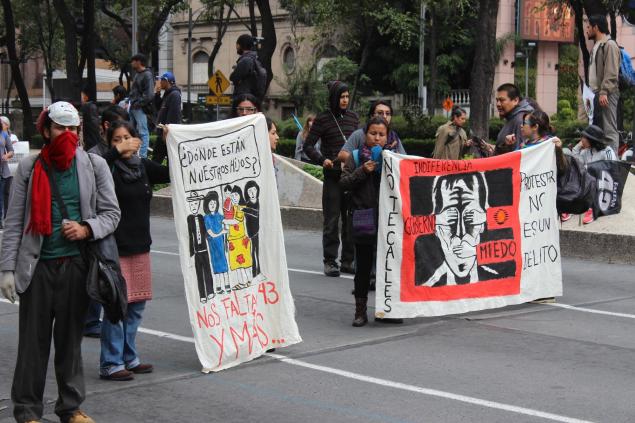 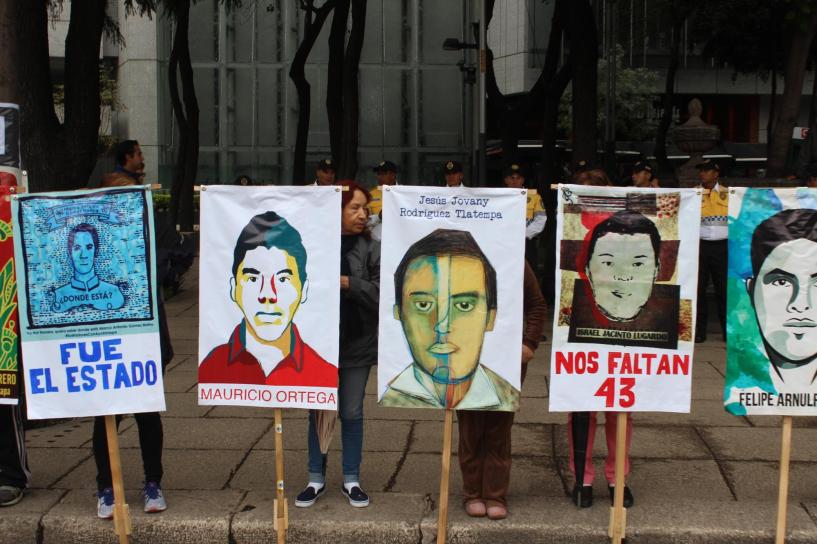 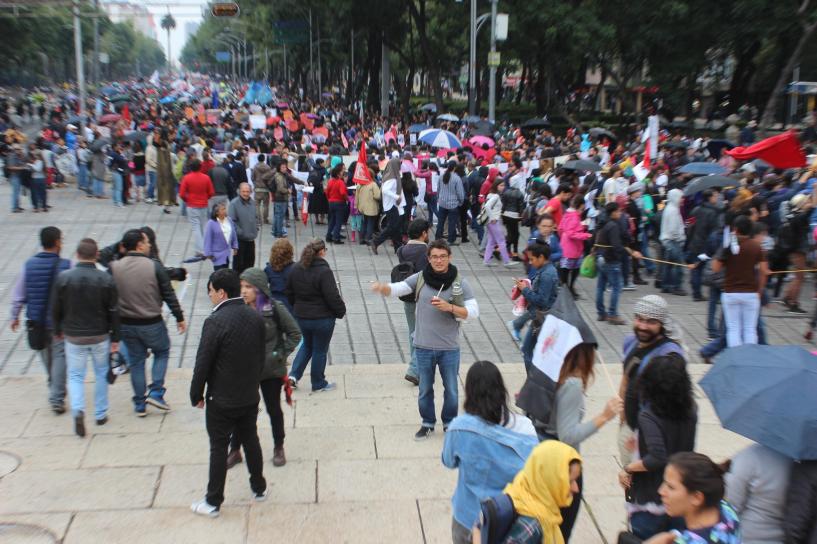 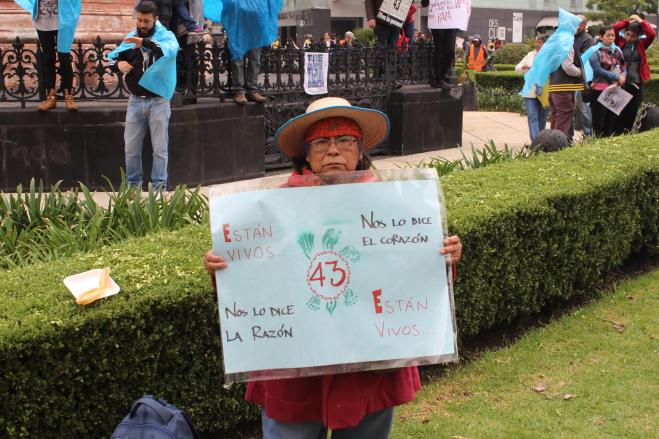