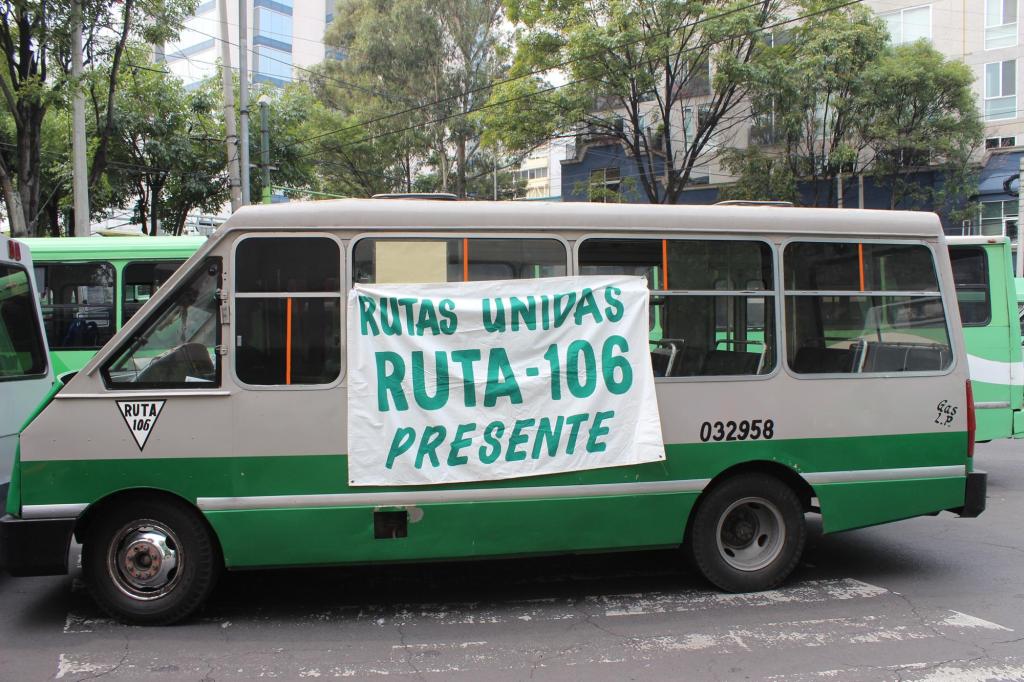 Street demonstrations in Mexico City are almost as ubiquitous as taco vendors.  Some are mass protests – thousands of people marching down major boulevards of the city often culminating in ‘el zocalo’, Mexico City’s central square situated in front of the Federal Government’s National Palace.  Others are much, much smaller – maybe just a handful of disgruntled citizens with a lone placard.  Even if  you only spend a short amount of time in the city, the likelihood of coming across a protest, be it large or small, is high.

Today, I didn’t have to go far to find a dose.  I walked out the front door of the building where I live to see long queues of stationary traffic stretching in both directions on Álvaro Obregón Avenue, a busy thoroughfare in the Roma neighbourhood in the city’s inner west.  This would normally be nothing out of the ordinary, however, all of the traffic was made up of  public transport buses including kombis and the iconic Mexico City pesero.  I quickly realised that all of the buses were actually parked, effectively shutting down through traffic.

The bus drivers had arrived to protest in front of the Ministry of Transport (Setravi) which is situated on the very avenue the convey had blocked.  I decided to go back to my room, grab my camera, return to the street and go about trying to find out the cause of their grievance as well as take some photos.  It turned out that the main catalyst for the protest is the claim that government run bus services as well as unlicensed or ‘pirate’ operators are encroaching on the routes to which the protestors claim they have an exclusive right.  The government run metrobus and trolley buses (seen in the gallery below) are two of the alleged culprits.

Some groups of serious looking men huddled around protest leaders, listening intently.  Others took a more relaxed approach to the protest.  Some smoked, drank what was ostensibly just soft drink out of plastic cups and joked around.  As always, the police presence was strong.  They ended up barricading the avenue where it meets Insurgentes Boulevard, one of the cities busiest thoroughfares to prevent the protest from extending and causing further disruption.  I noted that the ecobici (Mexico City’s shared bicycle scheme) station was completely full of bikes, an extremely rare occurrence, seemingly in solidarity with the protest

As I walked through the street with my camera I inevitably heard shouts of ‘¡oye güero! with more than a few of the protestors keen to appear in photos or goading and coaxing each other into posing with a liberal amount of double entendres or albures as they are known here, being bandied about.  Some of the photos indicate this.  The protest was peaceful, just one of at least 7 in the city today according to the media reports I have read.  Whether it has any impact on the government remains to be seen. 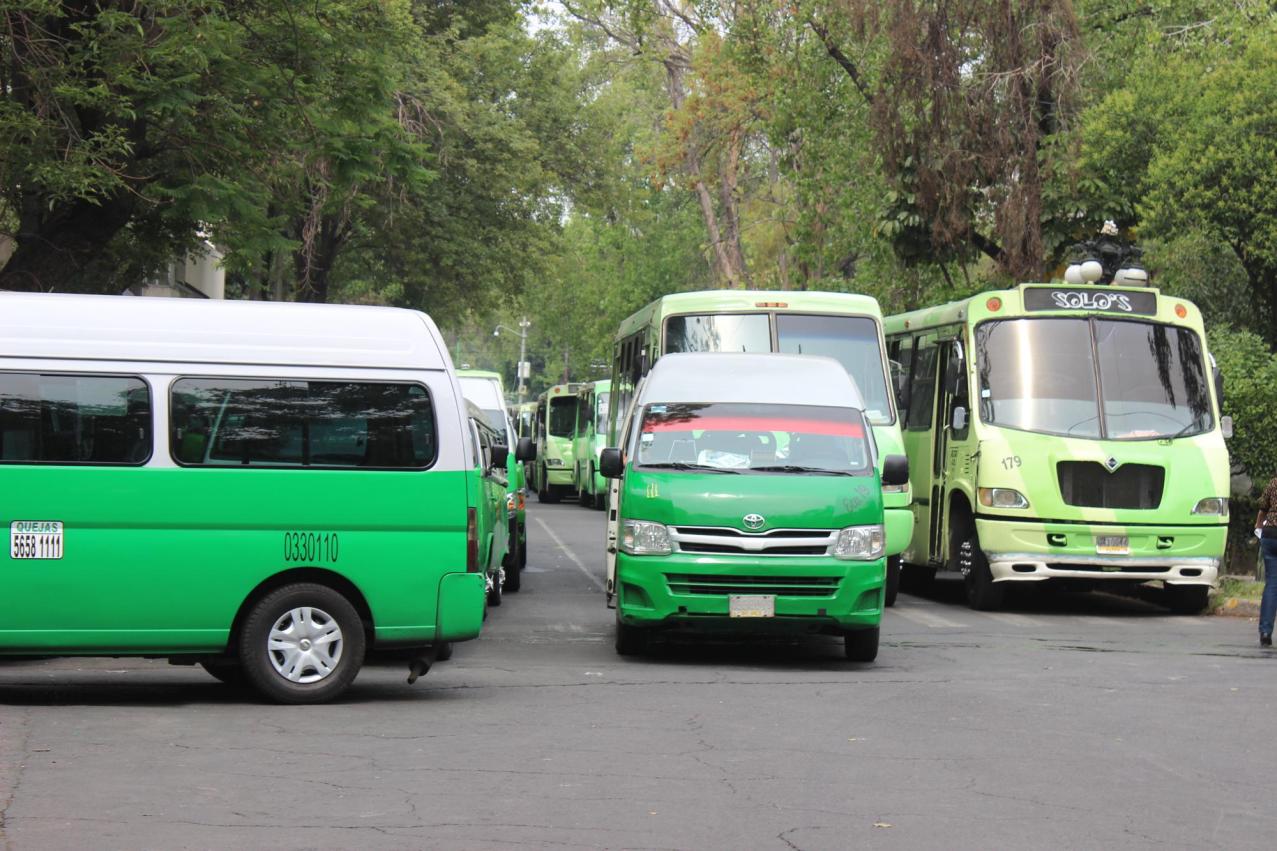 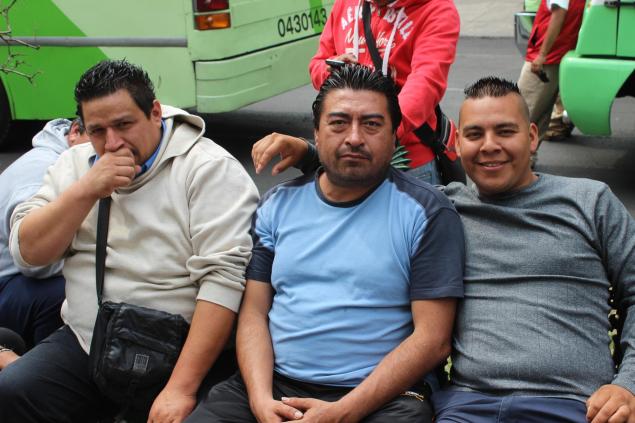 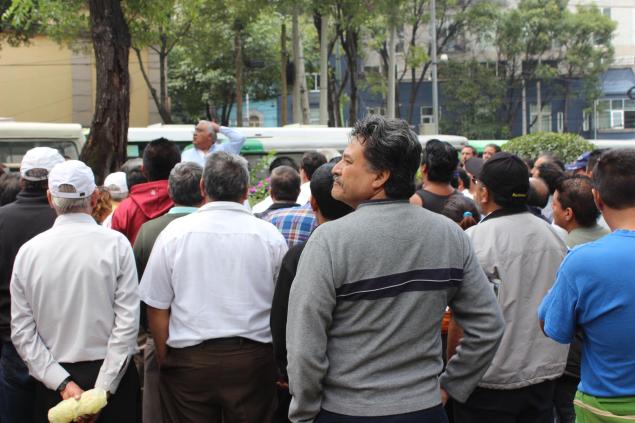 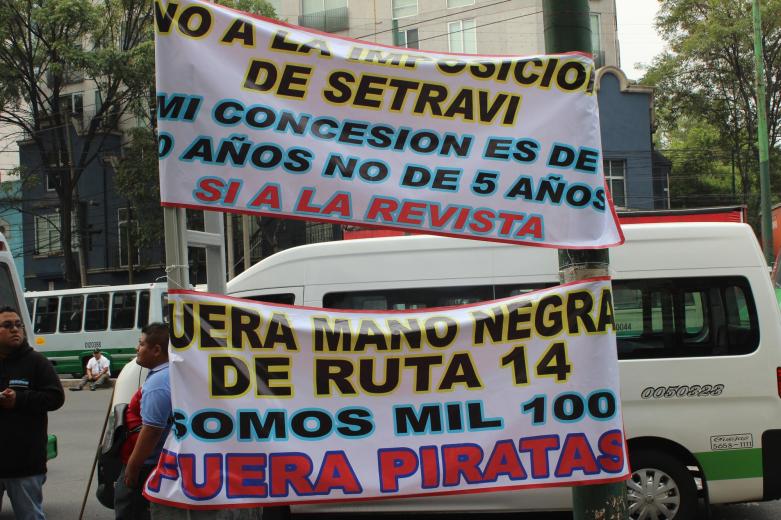 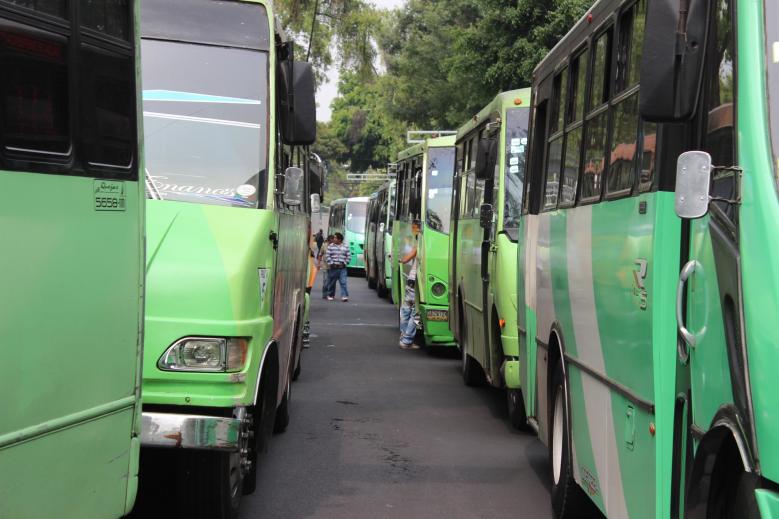 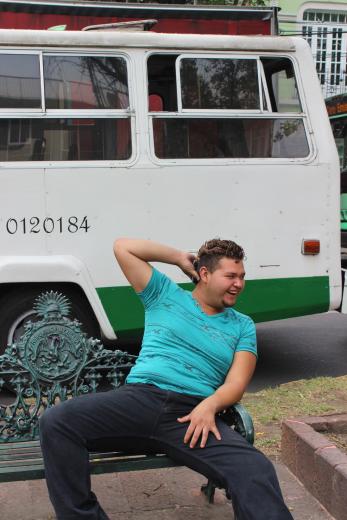 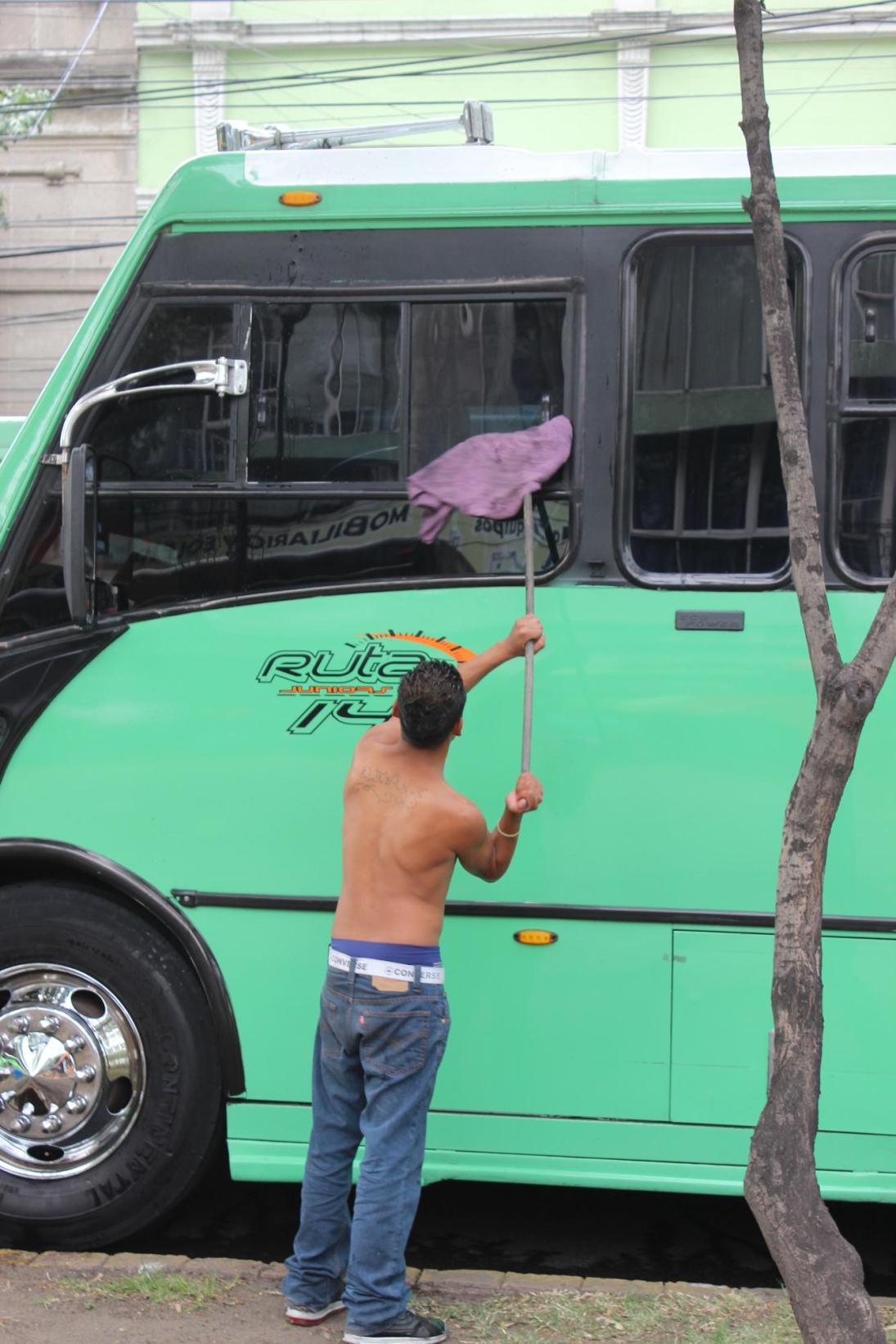 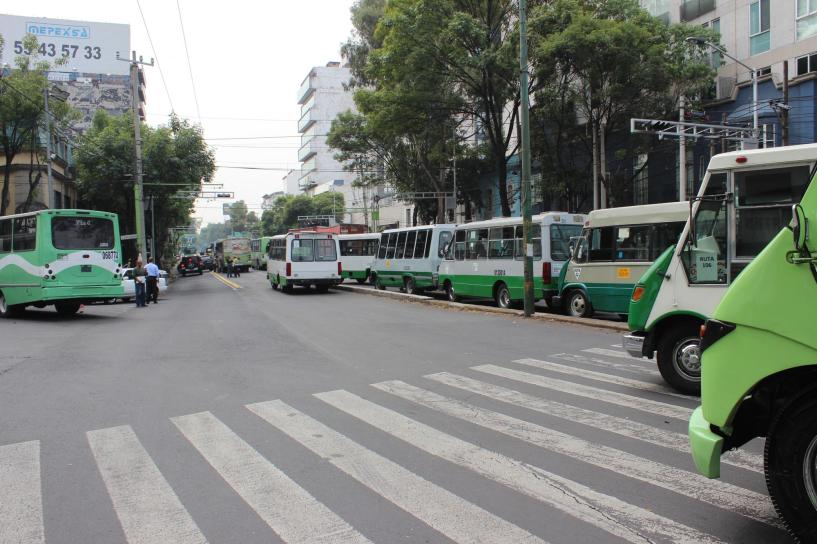 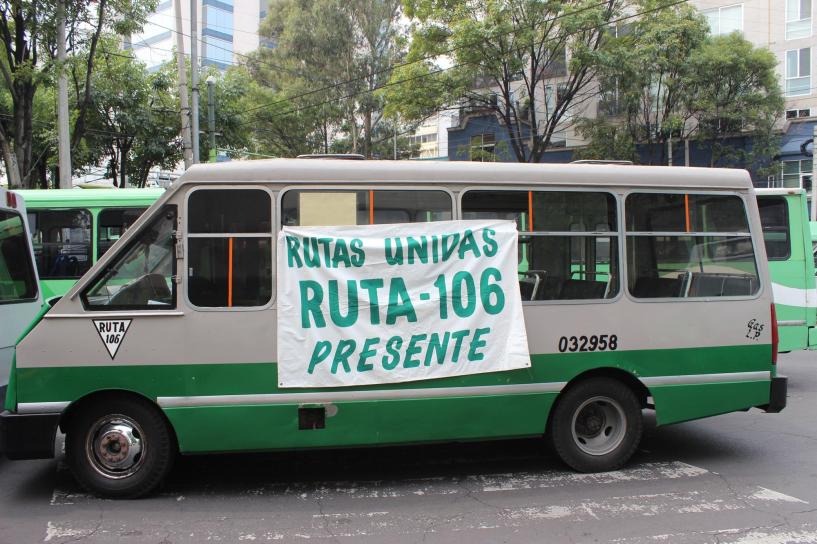 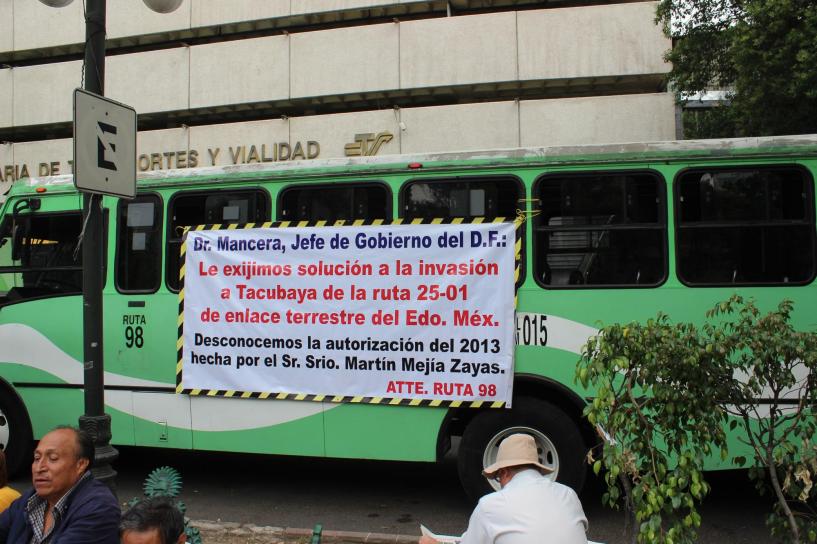 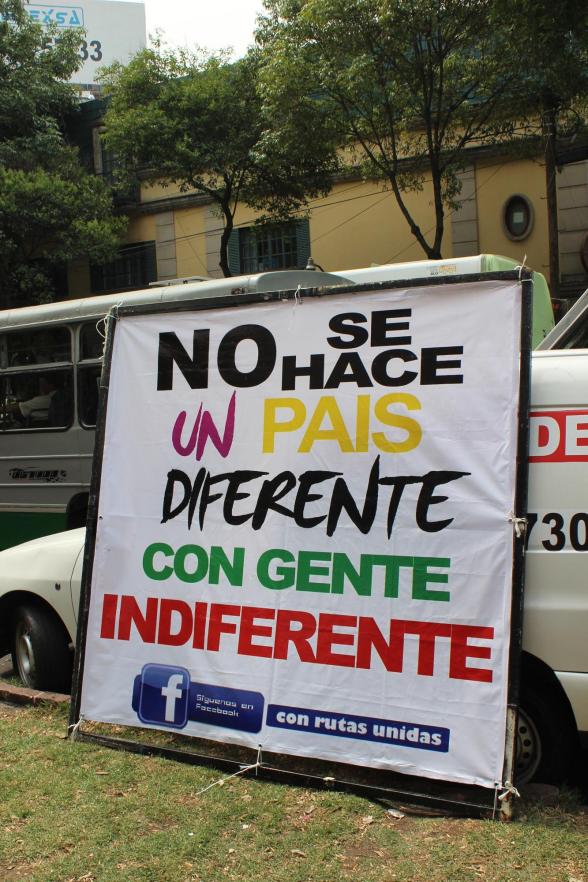 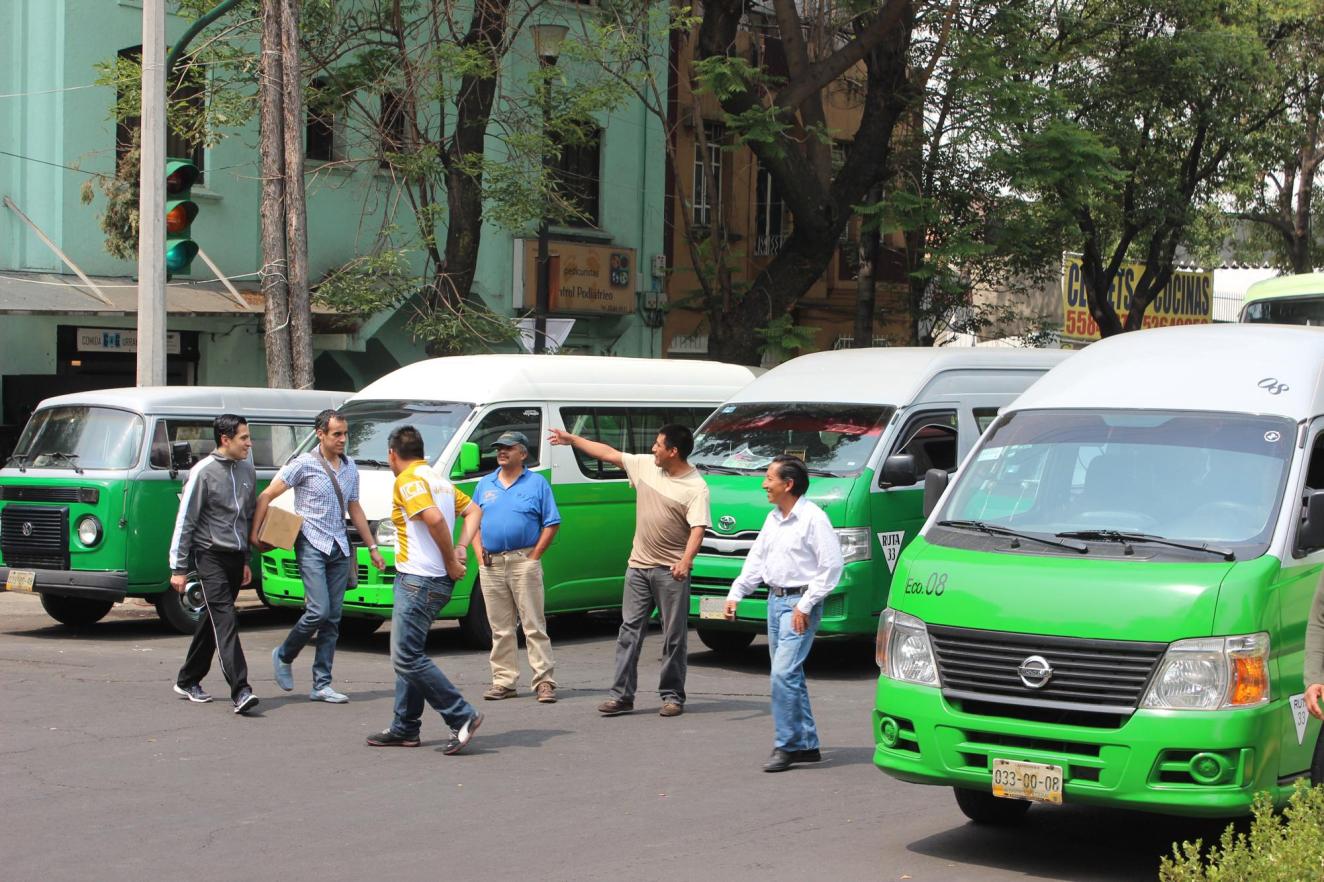 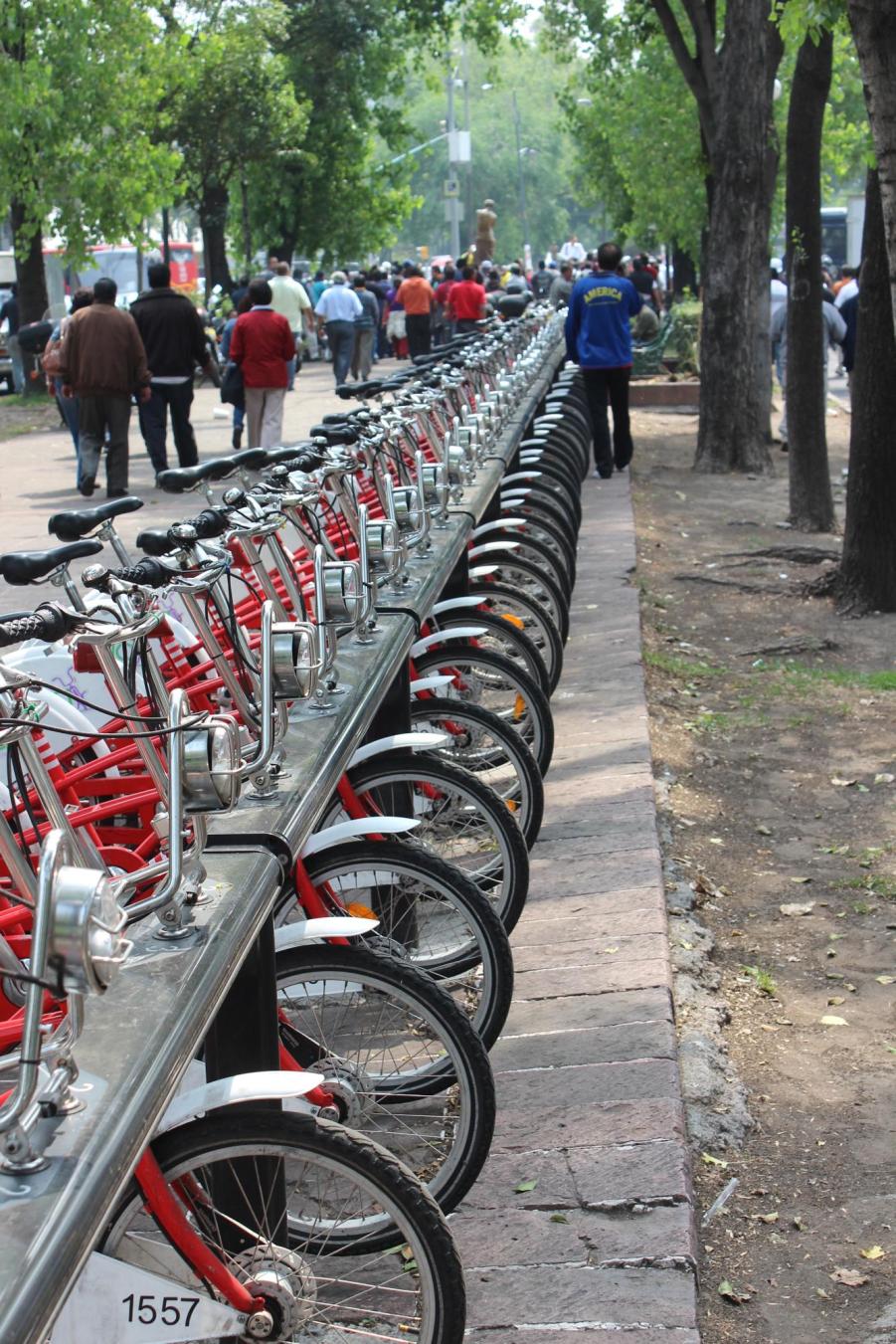 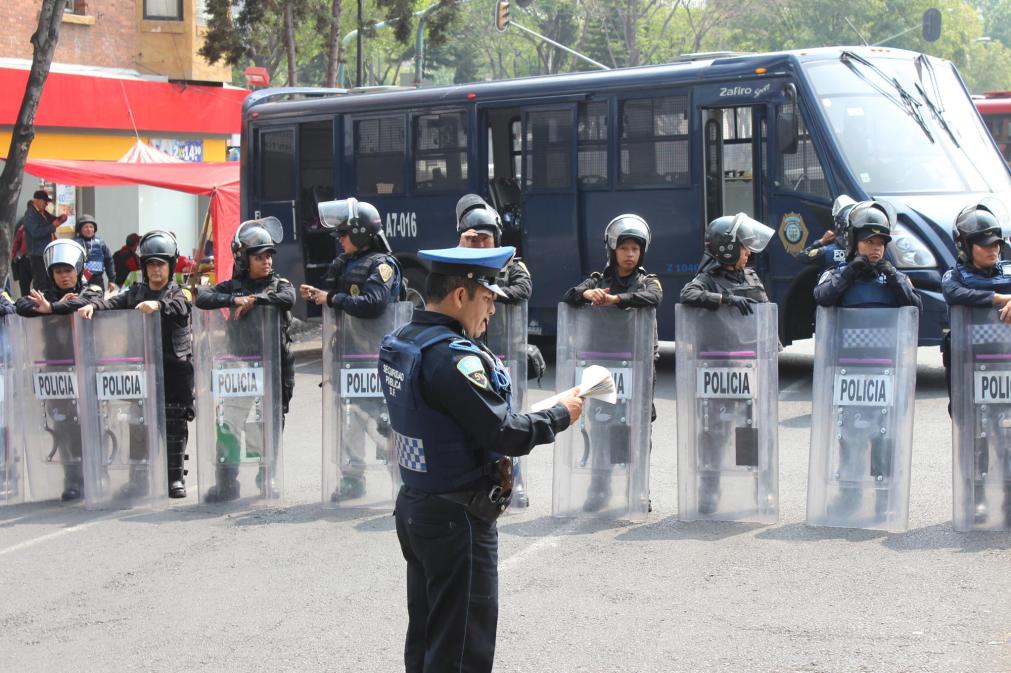 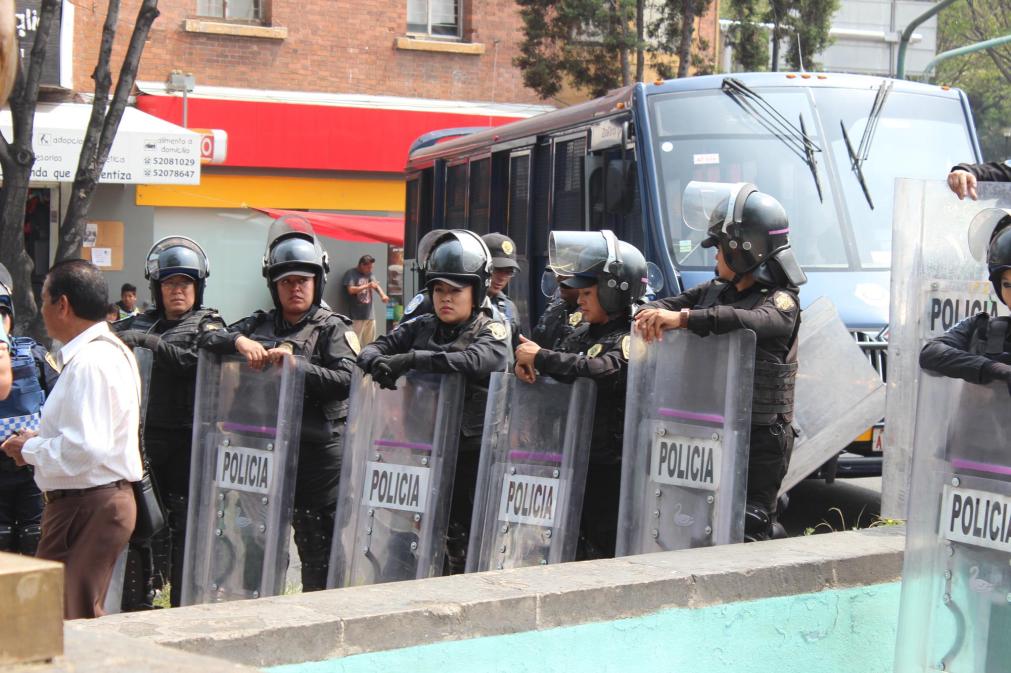 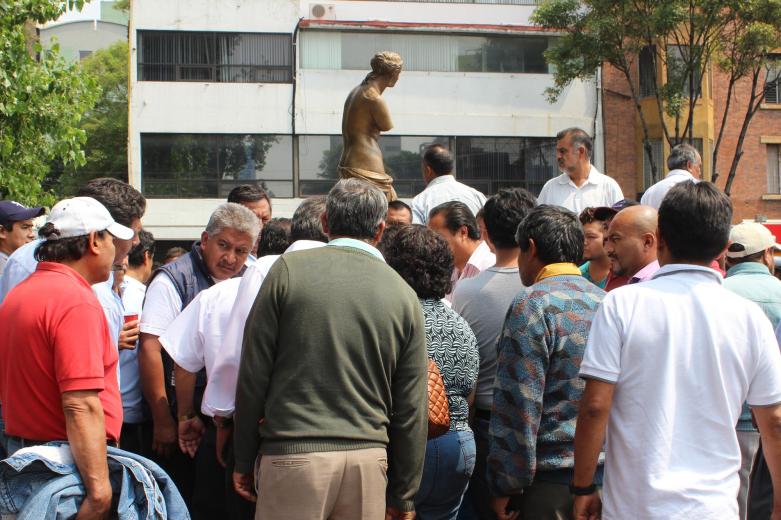 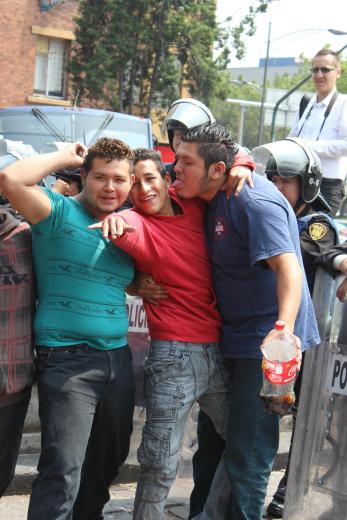 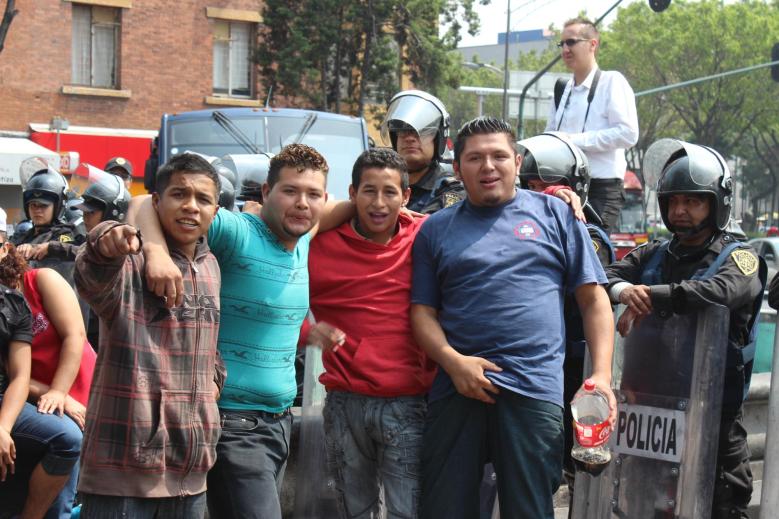 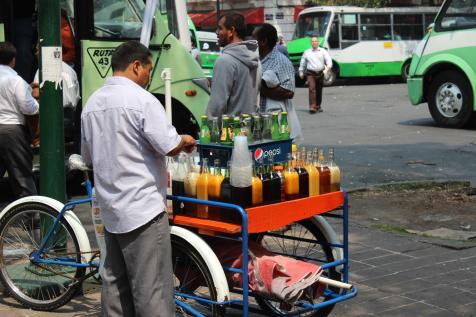 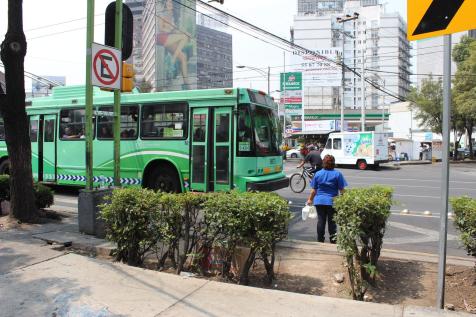 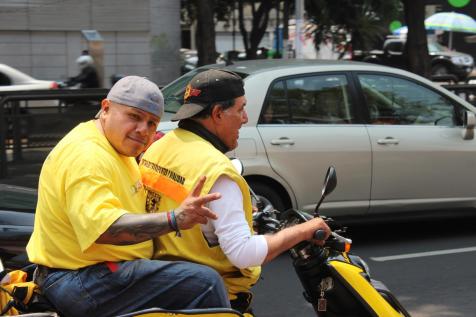 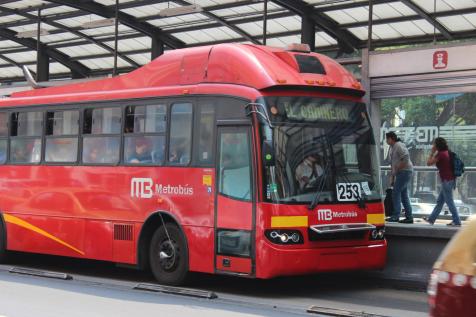 One thought on “PROTEST IN MEXICO CITY (ONE OF MANY)”