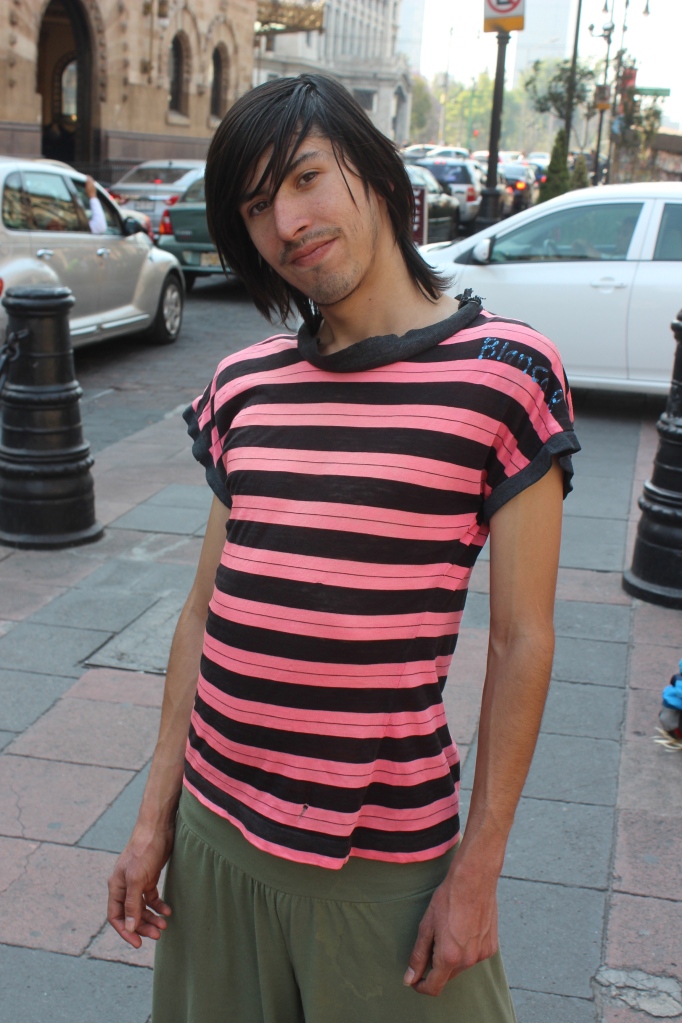 The informal economy of Mexico City is a broad church.  Hundreds of thousands of individuals look for their unique way to earn enough pesos to survive each day; selling gum or earphones on the metro, frying quesadillas on a kerbside griddle, riding a bicycle with a steel vat full of tamales attached, washing windscreens, selling herself, selling himself.  Mexicans are renowned for their innovativeness – identify a need and meet it.

One of those human needs is to be entertained.  There are jugglers of fire at busy intersections, bands of blind musicians and a wide range of super heroes and other fictional characters who pose for photos with passersby in the busiest pedestrian street of the city.  Then there are the desperate solvent sniffers who self inflict flesh wounds onto themselves by launching onto shards of glass on metro carriages in an attempt to relieve you of some pesos through shock or pity.

Within the realms of the entertainment genre falls he who jumps.  Where the short pedestrian street Marconi meets Tacuba, right next to the National Art Museum in the Centro Histórico, on most afternoons you will find David – he who jumps.

David has found his niche in the informal economy market.  He jumps, you watch and pay for the privilege …if you wish.  On very good days he has made up to 500 pesos.  Most days its around 150 -200 pesos, which is still not too bad for the informal economy in a city in which the minimum wage continues to languish at around 70 pesos (less than $5 US at the current exchange rate).  No overheads either.  Occasionally the cops give him a hard time but mostly they leave him to do his thing, which is to just keep on jumping.