For the past five years Jose “Pepe” Ortiz has been impersonating Mexican Independence hero Miguel Hidalgo y Costilla on the streets of Mexico City and in various other cities and towns of the Mexican republic.

Recently I sat down with Jose for around an hour and a half to talk about his current vocation, his previous life as a roving musician, his politics and a whole range of other issues that came up.

He is an amiable chap – his amiability perhaps related to his state of inebriation – and well known on the streets on both a personal level and of course in his role as Hidalgo.  Our chat was interrupted several times by cries of “Viva Méjico”. photos with passersby (it’s how he makes his living), a visit from his niece and the approaches of local homeless men to whom he handed over coins (“they know Hidalgo always has money”).  That said, he was very generous with his time as he swigged away on his bottle of aguardiente prior to making it over to the pedestrian street Madero for his “shift”.

I am preparing a longer piece that I plan to publish here or elsewhere but in the meantime I’d like to share a few photos that I took. 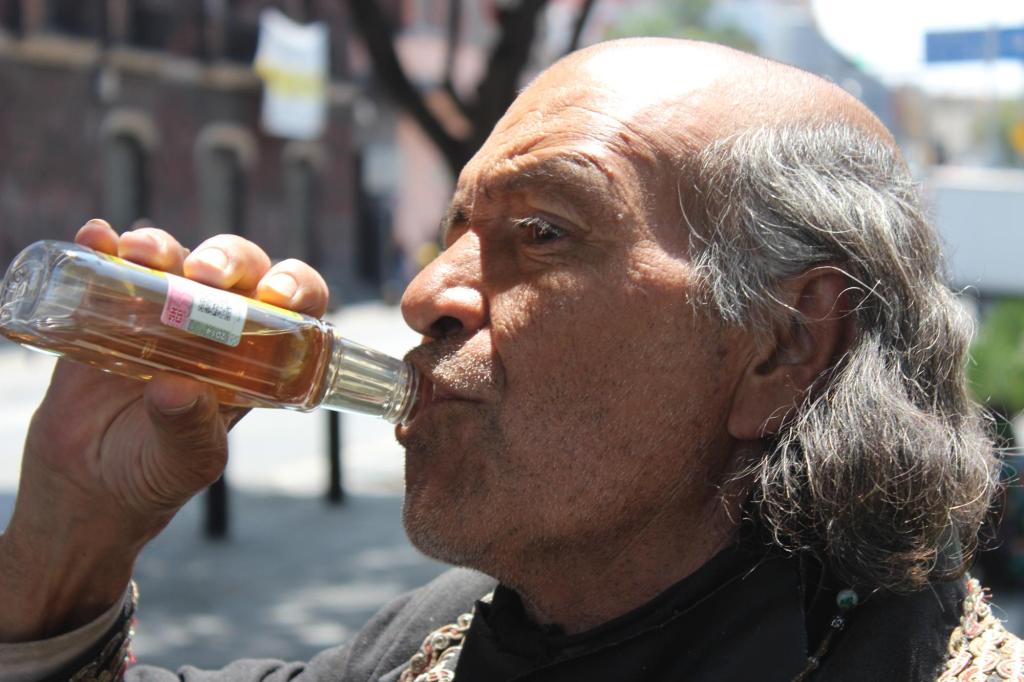