Yes, Bolivia is a republic but the official name of the country is actually Estado Plurinacional de Bolivia  (Plurinational State of Bolivia).  That´s probably too long to put onto a street sign so República de Bolivia it is.

Landlocked Bolivia – the country – is one of the poorest in the Americas.  It is, however, blessed with an incredible natural richness; Lake Titicaca, the highest navigable body of water in the world is spectacular and el Salar de Uyuni (Uyuni Salt Flats), a blindingly white sea of salt are the two best known natural wonders but represent just the tip of the iceberg.  Indigenous cultures continue to thrive, La Paz is one of the craziest, most intriguing capitals in the continent, the president is an ex coca-farmer, cerro rico in Potosí was one of the most lucrative mines for the conquering spaniards.  Go if you can, you won´t be disappointed.

Of course, this is an alternate journey of the Americas, an urban microcosm of the continent and so of the gritty DF version of the plurinational state I´ll wax lyrical.

I was actually walking along República de Brasil (We´ll get there soon), which runs adjacent to Republica de Cuba before deciding to veer up Bolivia and making it the focus of the second leg of this journey.  I was within about twenty strides of my venture when a little scruffy dog approached.  I crouched down to take a photo and from about a further twenty strides distant I heard a lady exclaim ´¡mi perro va a ser famoso! (my dog is going to be famous!)

I moved on, past anarchic stridentism (?), to greet the lady who turned out to be the proprietor of a mixed business store on the street and an affable hostess to a pavement gathering of beer swilling, vodka swilling, mescal swilling gents.  Invited to partake, I´m a sucker for it, who was I to resist?  It fit well with my go slow approach to this journey and so I stood, sipped and spoke with the gathered folk and watched life go by.  At one point I was duped into ostensibly lighting a cigarette for one of the chaps only to be given an electric shock with consequent and requisite uproarious laughter. 1-0.

Bolivia is a street of commerce and several ambulant vendors wheeled their merchandise by.  Mexico City based Belgian artist Francis Alys has an excellent collection of photographs titled ´ambulantes´.  I couldn´t find a complete collection online but if you google it you will see.  Bolivia, as does vast swathes of the city, provided opportunity for observance of several of these types of scenes.

Mexico city is renowned for its museums and reputedly has more museums than any other city on earth.  On Bolivia you will find Museo de la Mujer (Museum of the Woman).  You can see a few of my shots in the gallery and take a virtual tour on their website.

Back in the streets after a visit to the museum the street was suddenly invaded by  vendors of all types (clothes mainly) running with their racks or sacks of merchandise in hand to escape a periodic sting on the operation of illegal but ubiquitous sidewalk trading.

Soon after I reached the end of Bolivia and turned around to follow the vendors home. 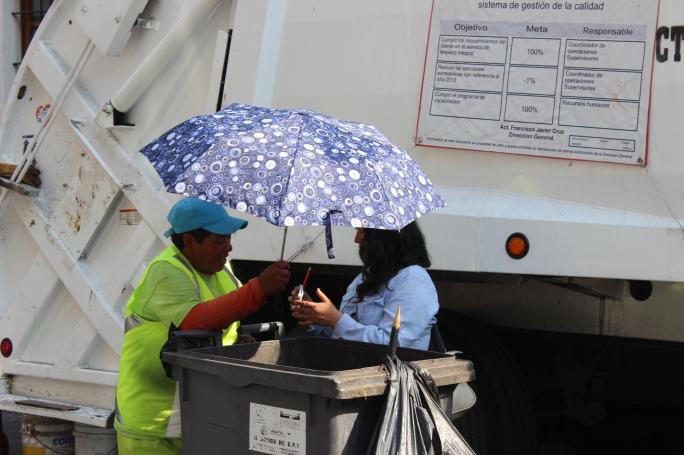 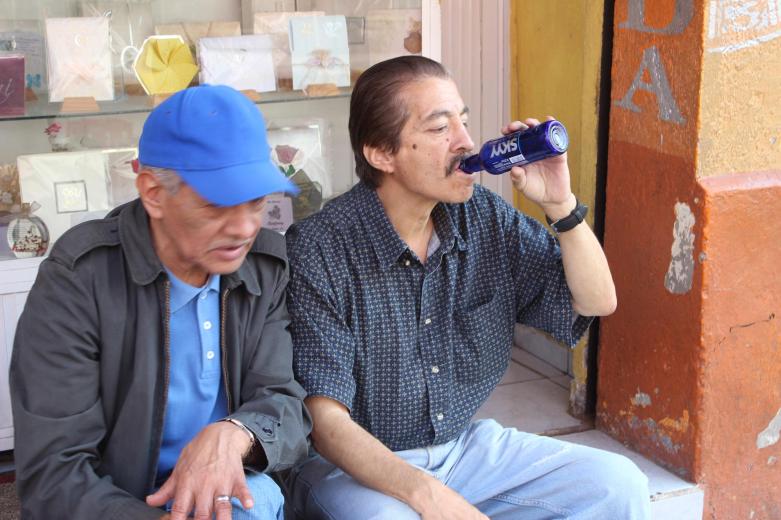 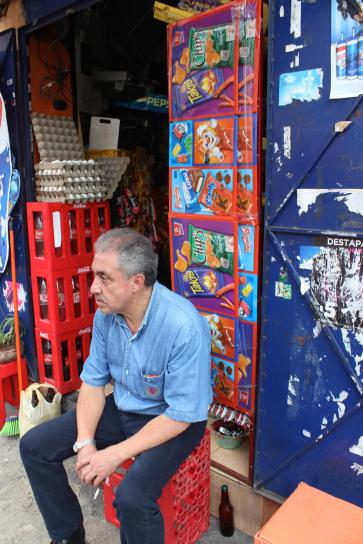 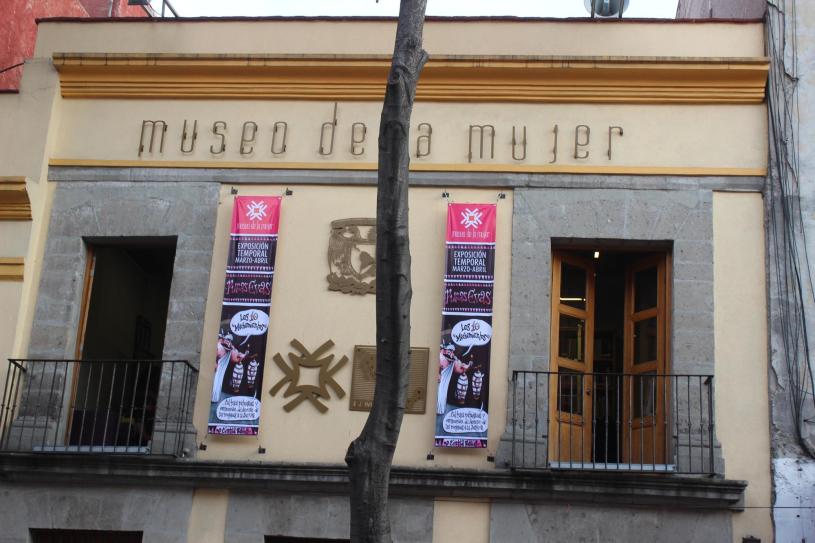 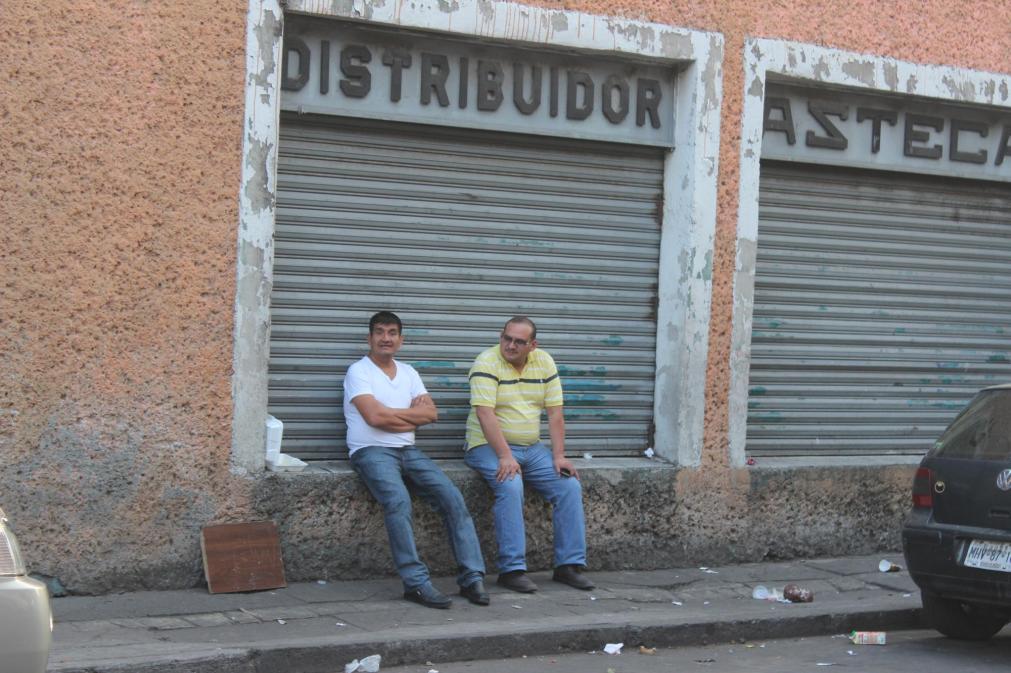 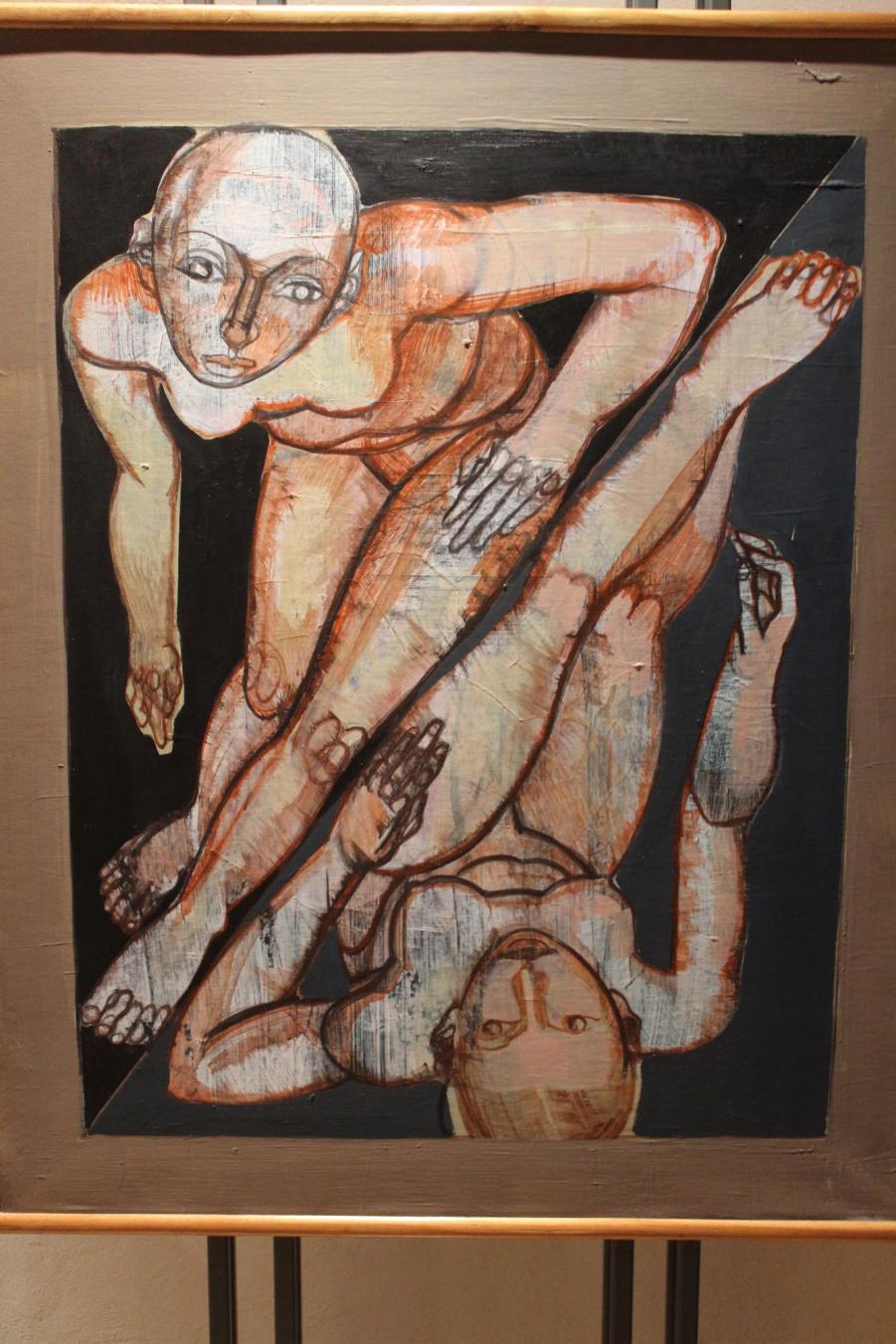 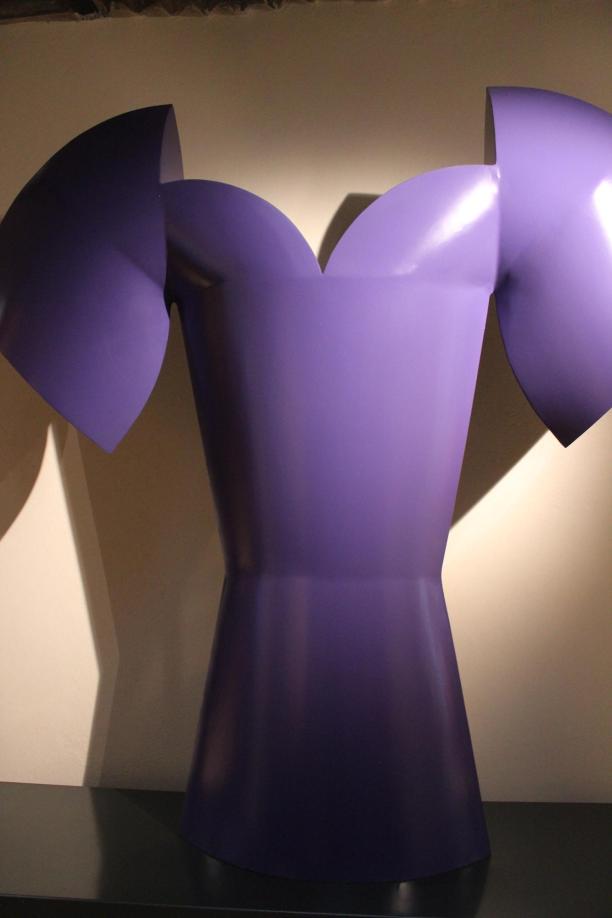 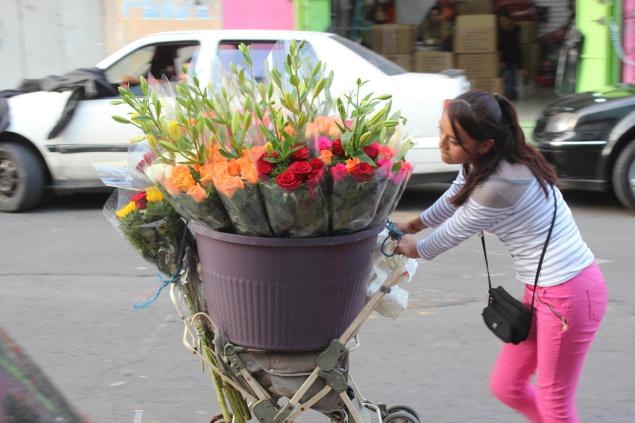 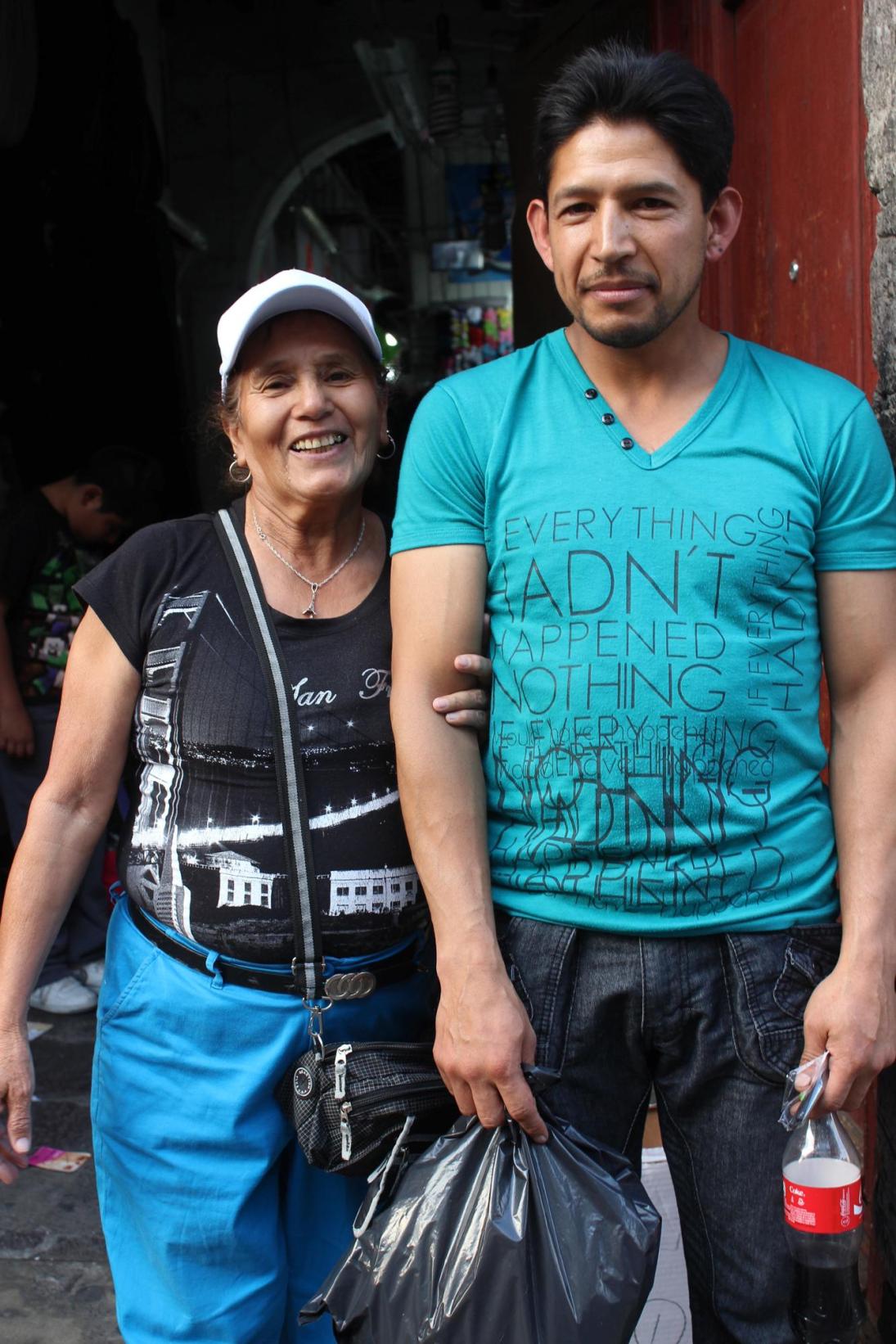 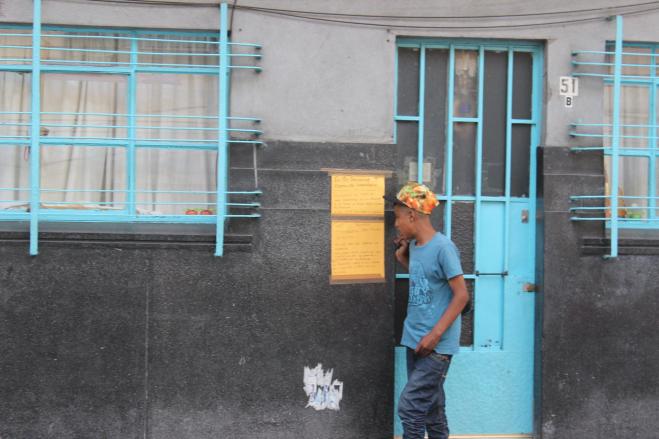