Here in Mexico City there was another mega-march yesterday in solidarity with the families of the 43 disappeared Mexican students.  The march marked 4 months since their disappearance on September 26 2014 in the city of Iguala in the state of Guerrero.

The families of the missing along with many thousands, if not millions, of others refuse to accept the official government line that the students were handed over to a drug gang by municipal police before being incinerated in a municipal dump.  One of the disappeared has supposedly been identified however scientists at the Innsbruck University in Austria state that the remains sent to them, collected at the aforesaid municipal dump, are so badly burned that no positive identifications are possible.  Further tests, likely to take months, will be carried out.

The families demand answers and justice.  Many hold the man at the helm of the nation, Peña Nieto, responsible and demand that he fall on his sword.  It is hard to predict what will happen in the coming weeks and months.  Peña Nieto is adamant that that the country must move on from the tragedy.  The families and millions of others vow to fight on.  Further demonstrations seem inevitable.

Below are a couple of photos I took last night at the culmination of the march in Mexico City´s central square – el zocalo. 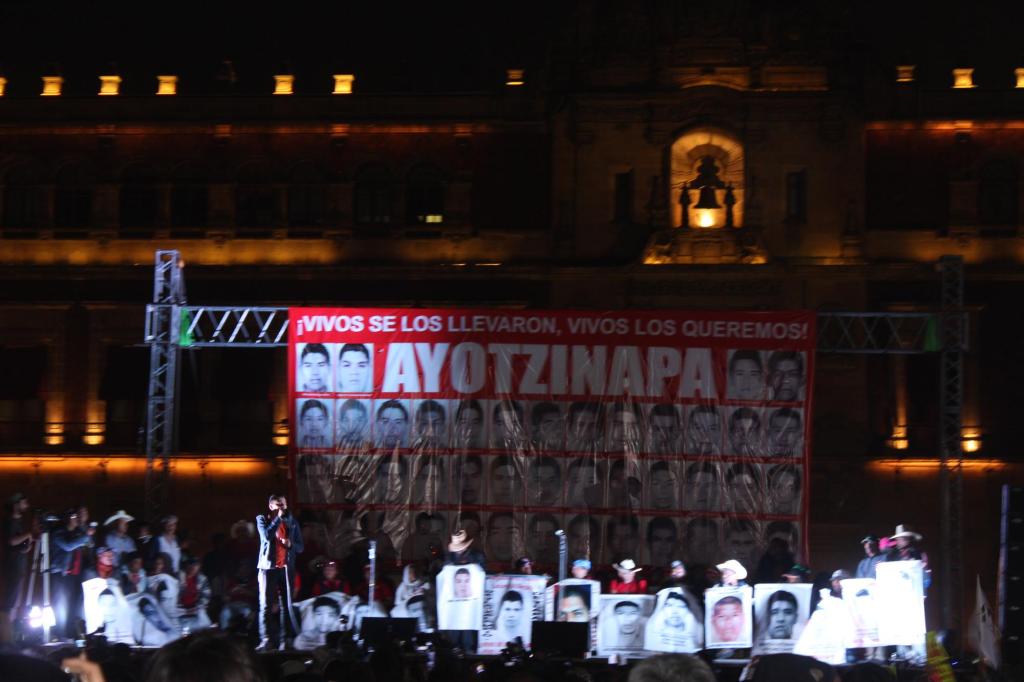 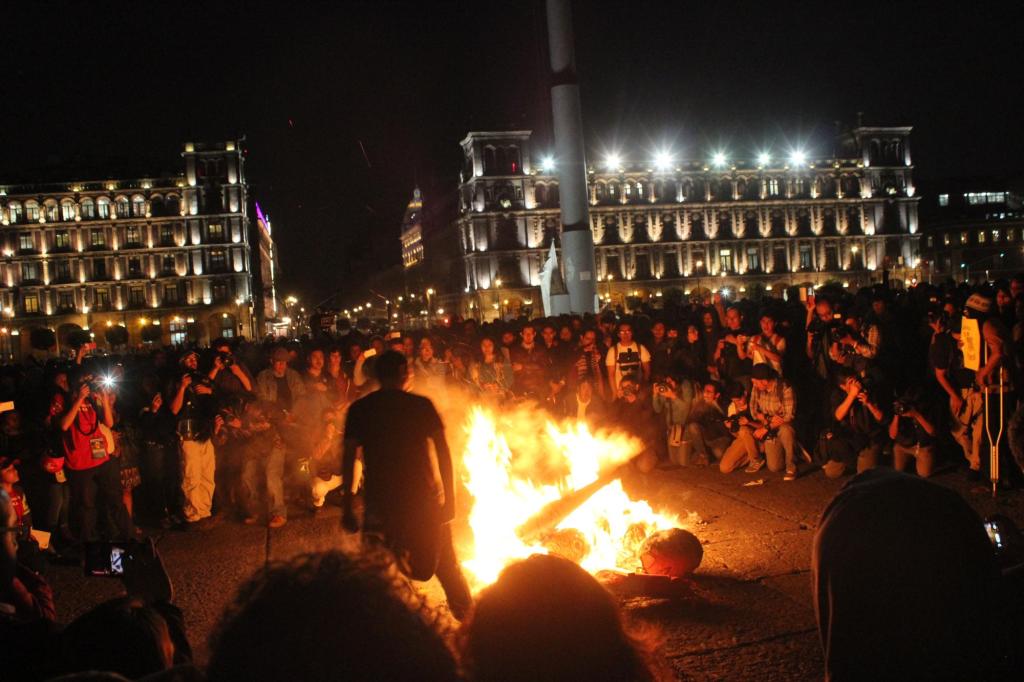 One thought on “LA LUCHA SIGUE, SIGUE …. (THE STRUGGLE GOES ON…AND ON)”